Given the physical constraints that restrict the ability to add capacity, the program team is designing for and implementing various Smart Corridor technologies to improve operations along the roadway. Technologies include Variable Speed Limits, Queue Detection/Warning, Dynamic Junction Control, Flex Lanes, and Ramp Metering. Multimodal improvements and proactive management of traffic signals along adjacent corridors are also part of the ICM Program. The first phase of the program will include installing Variable Speed Limits and Queue Detection/Warning along the roadway. These technologies target the safety concerns and daily incidents along I-76 by slowing down traffic and warning drivers of upcoming congestion and crashes on the roadway. Upcoming phases will include more complex, longer-term strategies including Dynamic Junction Control, Flex Lanes, and Ramp Metering. Throughout the duration of the program, PennDOT will be partnering with SEPTA and other regional agencies to make transit, bicycle, and pedestrian trips more available and desirable along the corridor.

On I-76 in Montgomery County

On I-76 in Philadelphia

Corridors Adjacent to I-76 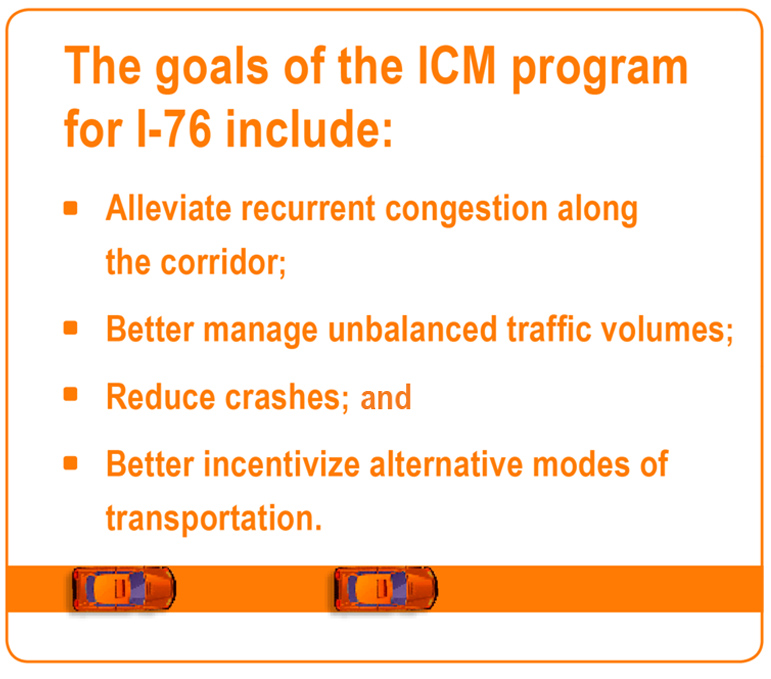 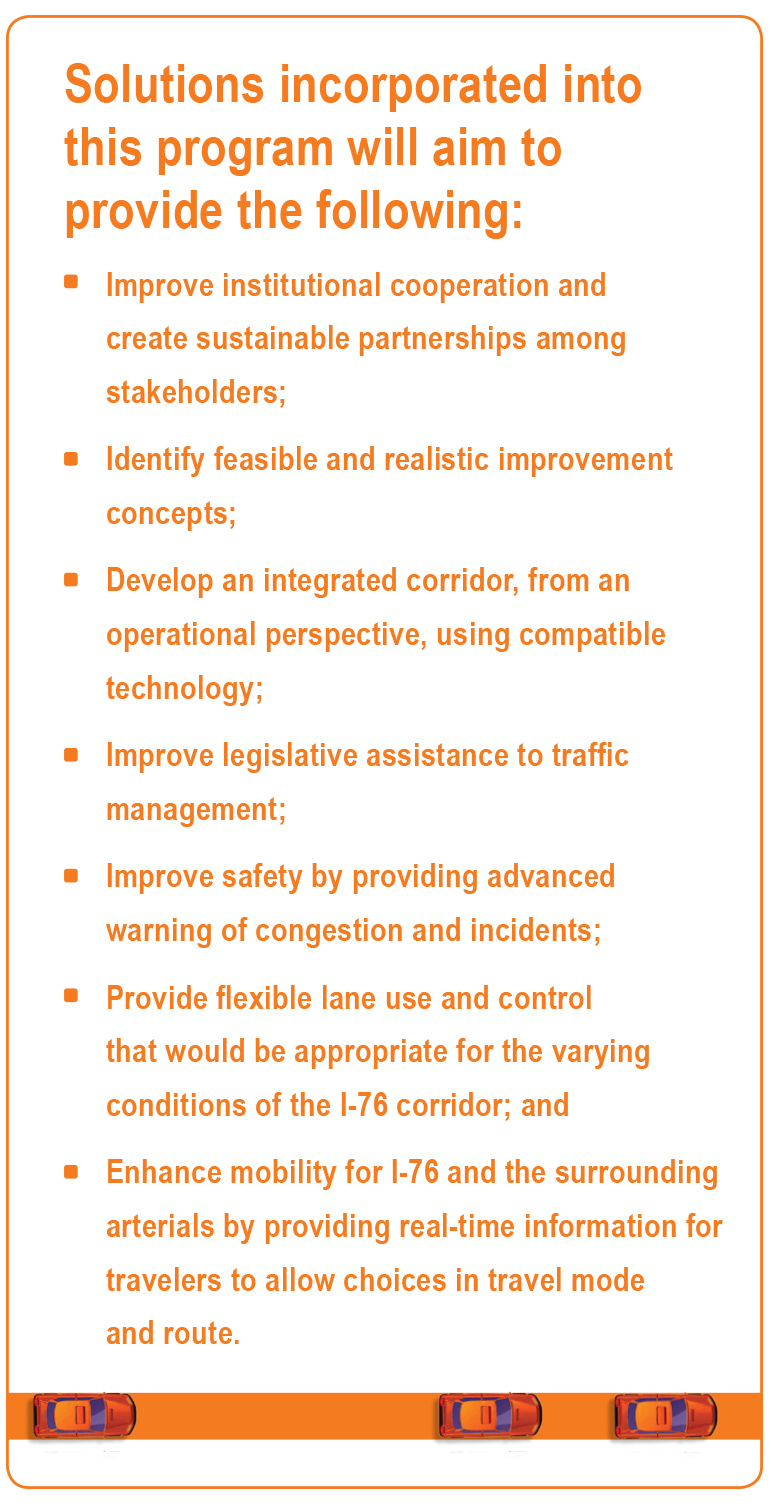